Menu
Home > news > Battle for old-age poverty: the basic pension is not fair 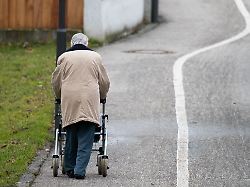 What a show fight! For months, the Union and the SPD are fighting over the basic pension. For months, a solution does not really seem to be in sight. And that, even though the project has long been written into the coalition agreement. Low earners, who are threatened by poverty in old age, take a back seat.
It is good that the ground rent comes. The need is obvious. In 20 years, every fifth old woman is threatened by poverty. And already hundreds of thousands of pensioners do not have enough money to make ends meet. They collect bottles. Carry advertising leaflets and newspapers. Here, pensioners who have too little to make a living, already now with the basic security increase. Not all do that. They are ashamed. The basic rent in their now decided form is not just. The originally planned means test – a proof that you really need the basic pension – has given way to the income test. Income from shares, leases and private pensions are included in the audit. However, the self-inhabited property or assets, which slumbers on their own accounts, does not take into account the scheme. And: Those who have not worked for at least 35 years look empty-even if only a few months are missing. It is already considered certain that people who could work less, are particularly affected by old age poverty. Union and SPD, however, benefit. The basic rent serves as a model example of how the grand coalition works. The Social Democrats needed the agreement to argue the continuation of the coalition in time for their party congress. And the CDU and CSU had to show that they fought tough and not sang- and unharmed by the SPD to pull over the table. So it is a good thing that the basic pension also saw a reduction in contributions to unemployment insurance and a ten-billion-dollar fund for startups. The critics will be fine. This is how the show looks.