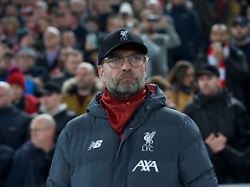 The great successes of the past few weeks and months have given Liverpool a complicated date collision. Jürgen Klopp wants to steer the matter with a boycott threat in the right lanes. But things are different when the coach of the Premier League club had imagined.
Liverpool FC are so successful that they will end in stress at the end of the year: the Premier League leaders won the Champions League this summer and are therefore qualified for the FIFA World Cup, which will be held in Doha on 18 December. A nice company outing with the prospect of a lot of money? Perhaps, but for the previous day, the English Association has called the "Reds" yet another match in the quarter-finals of the League Cup, the Carabao Cup, in Birmingham against Aston Villa. And that provides a lot of trouble in the run-up – and creative solutions. Starting point is in Birmingham at 17.30, the direct flight from the second largest city in the country to Doha takes 7 ½ hours (line with British Airways). Even if striker Mo Salah and his colleagues were to complete the task in regular time, it would be a stressful affair to get back on the pitch 25 hours after kick-off on another continent. The most obvious solution to the problem would have been to relegate the League Cup match. As Liverpool coach Jürgen Klopp had put it, "If they can not find an appropriate date for us – not three o'clock in the morning at Christmas – we do not play – that's what the Carabao Cup leaders need to decide – if you have a fixture and a team can not participate in all games, you have to reconsider it "- an unmistakable boycott threat." Not the ideal solution "But none of the two planned by Klopp scenarios will occur – the game in the Carabao Cup, as the competition has been official for several years, will not be relocated and yet Liverpool will play. "We would like to thank the EFL (English Football League) for their efforts and we can confirm that alternative dates were discussed, but none was ultimately considered suitable, without jeopardizing the planning of the competition itself or our own Employees were overly burdened, "it said on Tuesday in a statement of the Association. Instead of boycotting the League Cup, they will compete in two competitions with two different teams. This was "not the ideal solution", but "in the best interest of the competition, our co-clubs and ourselves." In the League Cup should therefore almost exclusively replacement and youth players are used. The EFL, on the other hand, said in a statement that Liverpool have committed "to employ a squad that is broadly in line with the one who participated in earlier games of this season's competition". In the dramatic first knockout match against Arsenal London, which Klopp's team won after penalizing 5-2 in regular time play, players from the second row were already on the pitch. Which of his two teams the Fifa World Coach of the year will sit on the bench is not yet known.