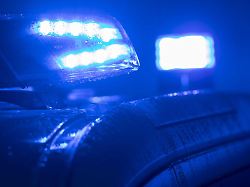 In a large-scale raid, investigators pick up a so-called hawala banking system in the early morning. Around 200 million euros have been moved from Germany to Turkey by the authorities.
In North Rhine-Westphalia, Hesse, Hamburg, Berlin and Baden-Württemberg investigators have carried out a large-scale raid against the backers of an illegal money transfer platform towards Turkey. The Dusseldorf Public Prosecutor's Office and the North Rhine-Westphalian State Criminal Police Office are involved in the action. Since the early morning about 60 objects were searched, including metal companies, jewelers and private homes. Accused are 27 people aged 23 to 61 years. According to WDR, NDR and "Süddeutsche Zeitung", the main suspect, a holder of a metal trade in Duisburg, is accused of having set up a so-called hawala banking system. Money is paid into a country, in this case Germany, with a hawala banker. This gives a counterpart in another country, specifically here: in Turkey, notice. The money is then paid out to its recipient. The transfer is not recorded electronically at any point. Such a system violates the Payment Services Supervision Act. Normally, transactions of this type must have a banking license. "In this way, allegedly illegally acquired assets in the amount of several million euros in the legal banking system was transferred over to other states," said the LKA. Overall, more than 200 million euros have been moved.