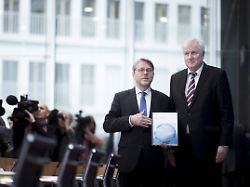 Turkey has received more than 3.6 million refugees since the beginning of the Syrian civil war in 2011. Nevertheless, the deal with the EU always leads to tensions. From the point of view of the head of the Bamf, on the other hand, there is only praise for the Turkish migration policy.
Despite diplomatic tensions in relation to Turkey, the Federal Office for Migration and Refugees sees the government in Ankara as a reliable partner, at least in its migration policy. "Turkey is a reliable partner in migration policy," Bamf President Hans-Eckhard Sommer told the newspapers in the Funke Media Group. "The country has taken in more than three million Syrian war refugees, a feat we must acknowledge. " In fact, since the beginning of the Syrian civil war in 2011, Turkey has granted refuge to more than 3.6 million refugees from the neighboring country – much more than, for example, Germany or any other EU state. In the summer, Turkey can not see any change of course in Ankara : "Turkey is still prepared to accept the refugees from Syria and we have no information that Turkey is sending Syrians back to Syria against its will." Turkey invaded Syria on 9 October to seek out the Kurdish militia it considered a terrorist organization Displace YPG. President Recep Tayyip Erdogan wants to settle in the northern Syrian border region, one to two million refugees from Turkey.Bamf chief summer also expressed the arrest of a Turkish lawyer of the German Embassy in Ankara. In addition to his authority, courts would ask questions about the asylum procedure to the respective embassies, if there are important questions about the flight history or the reason for flight of a person. "These are common procedures – and have been for many years – that now the lawyer has been arrested, is already a problem that touches us, that touches the courts." However, it was initially the task of the Foreign Office to deal with this case.