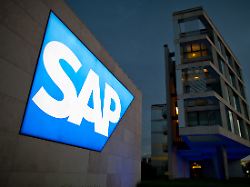 SAP is an absolute Dax heavyweight. Nevertheless, the group should be made more attractive to investors. This should succeed, for example, through additional share repurchases or a special dividend. SAP takes money in any case.
Europe's largest software company SAP wants to distribute significantly more money to its shareholders. About share buybacks or special dividends SAP wants to return by the end of next year, 1.5 billion euros in addition to the shareholders, as the Dax heavyweight announced. SAP 120.82 SAP had already announced a higher payout, but left details to the program open. The plan is part of plans announced by ex-chief Bill McDermott in April to make SAP more attractive to shareholders in the years to come, including through margin increases. For 2018, SAP had paid 1.50 euros per share in dividends, around 1, 8 billion euros distributed. In the first nine months of 2019, SAP's bottom line was € 1.73 billion, 28 percent less profit than a year earlier. The main reason for this was the cost of staff restructuring.