Menu
Home > news > Strange behavior of the iOS app: Why does Facebook secretly use the camera? 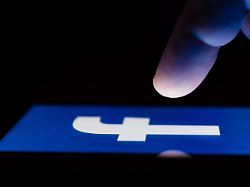 A user finds that in Facebook's iOS app, the camera is enabled without permission while scrolling through its feed. The problem is understandable. The question now is whether Facebook does it on purpose or is it a mistake.
That's a fat thing. On Twitter, Joshua Maddux reports that he has discovered that the Facebook app on his iPhone secretly activates the camera. He demonstrates the problem with a short screen shot, where you can see in a narrow strip that the camera is filming the environment when you open a photo in the feed and wipes down. Maddux writes that he has determined the behavior of the Facebook app on a total of five different iPhones. Also "The Next Web" could understand the problem. And another Twitter user found that if you look at a video in the feed and turn the device into landscape orientation, you'll see the complete camera app for a few seconds. Probably a mistake. Facebook quickly becomes suspicious that it's intentionally to sniff out his users and their environment. That is not completely excluded, however, the evidence points rather to a mistake. Because Maddux found that the problem occurs only on devices running the latest iOS version 13.2.2. Interestingly, the update was used to fix a bug that caused apps to quit unexpectedly while running in the background. Under older versions, the phenomenon does not seem to be happening. Against intention speaks also that Facebook would surely make it more refined, it wanted to spy on its users over the iPhone camera. So it is probably the question of who has made a mistake. Facebook, Apple or both? "The Next Web" has been in contact with Facebook but has not received a reply yet. If an update fixes the camera bug, iPhone users can protect themselves by prohibiting access to the camera in the device's settings. To do this type under privacy on camera and pulls the slider on Facebook to the left. You can find the app there only if you have previously allowed access to photograph directly from Facebook or to film.