Menu
Home > news > This time, the Cartel Office abolishes: VW, BMW and Daimler have to pay a fine 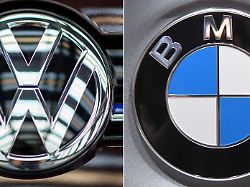 Because they negotiate prices with the steel manufacturers for years, the Federal Cartel Office imposes penalties on VW, BMW and Daimler. They have to pay about 100 million euros. On its own, that would be acceptable if there were not many other fines.
The Bundeskartellamt has imposed fines of around EUR 100 million on Volkswagen, Daimler and BMW for price-fixing the purchase of steel. The companies had agreed on the purchase of Langstahl from 2004 to 2013, the Federal Cartel Office said. According to the authorities, the three companies have acknowledged the facts and have agreed to terminate the procedure by mutual agreement. The process has been going on for three and a half years and was a consequence of previous investigations against several steel producers, to which the Bonn competition authorities had already imposed 205 million euros in penalties last year. In Munich, BMW figured his share to 28 million euros, against employees were imposed no fines. With the cartel allegations against five automakers in terms of diesel emission control had the steel investigations legally nothing to do. On a financial level, however, the connection is obvious: German carmakers are costing their scams a lot of money. However, the 100 million fine, which calls the Cartel Office, but slightly affect next to the 30 billion euros, which has cost the diesel affair alone the VW Group. Long steel in the industry round steel rods referred to, which are used after the forging among other things for the construction of transmission parts, crankshafts or connecting rods. Their prices are made up of three components: base price, alloy surcharge and scrap surcharge. Depending on the grade, steel contains different amounts of chromium, nickel and other metals, but the alloy surcharge is paid for it. The scrap surcharge is payable on the proportion of scrap metal used in the production. We have agreed on uniform calculation formulas for these surcharges, not the base price. The steelmakers changed the calculation in 2003 under threat of delivery stops. According to the Cartel Office, the proportion of long-steel purchasing costs in the total cost of a car is less than one percent.