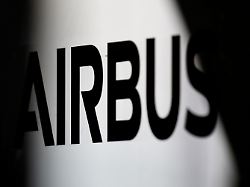 The Bundeswehr is one of the clients of Airbus. Employees of the aircraft manufacturer come, for reasons yet unclear, in the possession of secret documents of the Ministry of Defense. A total of 16 people are released in connection with the affair.
Because of the involvement of Airbus employees in the affair to the prohibited possession of secret documents of the Bundeswehr, the aviation and defense company has dismissed 16 employees without notice. A spokesman confirmed the mid-September incident without giving any further details. The prosecutor Munich I investigate further in the matter, said a spokeswoman. In September, 17 accused persons were "and other, previously unknown perpetrators for treason of business and trade secrets (or incitement to this)" has been determined. Airbus itself had reported to law enforcement agencies and the Department of Defense on a possible illegal use of staff with customer documents. The documents were apparently from an authority under the Ministry of Defense and the lowest confidentiality level VS-NfD, it said in September by the prosecutor. Among the 16 dismissed employees was also a department manager, as heard from Airbus circles.