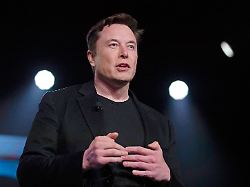 Elon Musk not only has a lot of money, but also a big Twitter following. But then sue him for 190 million dollars in compensation for an insult there? Rescue Diver Vernon Unsworth tried.
American star entrepreneur Elon Musk has been acquitted of defamation charges after calling a rescue diver "pedophile types." The decision of a jury in Los Angeles ended on Friday a short process. "My belief in humanity is restored," Musk commented on the verdict, according to the New York Times. Background is the rescue operation for a boys football team. Twelve children and their trainer were trapped in June 2018 by bodies of water in a cave in Thailand. At that time, Musk proposed the use of a mini-submarine, which was then built in no time by its space company SpaceX and brought to Thailand. However, it was not used because it was unsuitable for the project according to the rescue line. The British diver Vernon Unsworth had publicly criticized the submarine proposal as a PR gag and said Musk could "push his submarine, where it hurts. " Not only did Musk doubt Unsworth's role in the bailout, but he also described him as a "pedophile guy" on Twitter. In court, Musk later defended his choice of words by stating that "pedophile type" was a "general insult." His lawyer spoke of "teasing tweets in a dispute among men". He did not want to call the rescue diver seriously pedophile, but as a "disgusting fellow," Musk said. He emphasized that he apologized on several occasions. Unsworth claimed $ 190 million ($ 172 million) from Musk. At the trial, his attorney Lin Wood said it was a "hard warning" to the billionaire. The high punishment should also prevent the Tesla boss ever again "to place an atomic bomb in the life of another person."