Menu
Home > news > "Borowski and the House by the Sea": Kiel's "Tatort" in a quick check 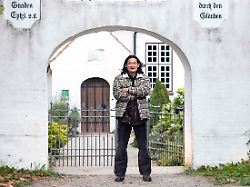 A dead pedagogue who had cast out his son, a priest with a questionable relationship with his wife, a sailboat clique, an Indian with a hatchet, wolf-like dogs and a commissioner who stalks through the landscape: even praying doesn't help.
The scenario Pastor Flemming (Martin Lindow) gives courage to the people of his small congregation, it is in his own four walls that he needs consolation and encouragement. The relationship with wife and child is not the best, a full-blown problem is his father, who lives in the house. In the 60s and 70s, Heinrich Flemming (Reiner Schöne) was an educational revolutionary who tried to process the legacy of the National Socialist forefathers, but at the same time refused to accept his son. It was only when he fell ill with Alzheimer's that the two approached again. However, the relationship is still shattered, and the increasing number of seizures by Flemming senior burden the whole family – until he suddenly disappears and is finally found dead in a forest ditch. It just so happens that Simon, the priest's son, runs into the car of Commissioner Borowski (Axel Milberg) – the prelude to a confused case that would also have presented challenges to more alert investigators. The real message of the "Indians" spreads fear. (Photo: NDR / Sandra Hoever) "It's almost like an Ibsen material: all characters carry a lie about life, want the good," says director Niki Stein about the essence of his story. The execution is the atmospheric cinema to look at, a pinch of "The White Ribbon", a diffuse memory of the Indian from "One Flew Over the Cuckoo's Nest" and the former "Hair" hero Reiner Schöne as a failed educational hippie with a headband, it all has a certain charm – it doesn't get really captivating.That's what people talk about during the lunch break: the size of the Christmas tree, gift purchases that still have to be done, potato salad with bockwurst and the visit of Aunt Edeltraut. Possibly also about Borowski, who now has an aura like Columbo's trench coat, wrinkled and applied. Even approaches to communication and exchange are interspersed with almost Borisjohn-Indonesian pretense of empathy, such as the set up dialogues with little Simon. The plausibility factor The story about the post-war generation and its attempts to process the cruel legacy of National Socialism has a realistic background, However, following the network of the plot turns out to be a tough matter throughout. The rating3 out of 10 points. Overloaded and low-tension – Borowski drags himself into the winter vacation.