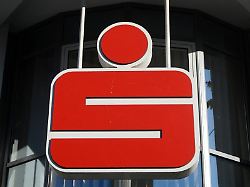 A disruption paralyzes the payment transactions of the savings banks. It's now fixed, but customers are still waiting for their money or for their bank transfers to arrive.
Currently, many Sparkasse customers are probably wondering why their transfers have not yet reached the recipient or why an expected amount has not yet been posted to their account. The complaints at allestörunge.de According to the problems have already begun on Thursday or Friday. According to pcwelt.de, the reason for the delays in payment transactions is a technical fault with the IT service provider of the savings banks. A spokeswoman for the Landesbank Hessen-Thüringen Girozentrale (Helaba) told the computer magazine that the problem has now been resolved. But customers need to keep their patience. Because until all accumulated transfers have been processed, would pass some time, so the information of the savings banks. How long it takes exactly until a payment is received, but the institutes can not specify. A Bielefeld customer wrote this morning in a comment on allestörung.de, they have told her to wait for the day. Another customer writes, the Landesbank Hessen assume that the transfers will be processed tomorrow. For some people it will be particularly bitter for many people affected the time of the disturbance. So, quite a few people say they are waiting for salary payments, and that's how it's getting close. Remarkably many women report also, they waited for their child support or maintenance payments. Very angry are also some concerned about the information policy of the savings banks. So they had denied on Friday that there would be a problem at all. And now they would not be able to tell when the transfer finally arrives. Some customers speculate that institutions are processing payments strictly according to processing numbers. But that has not been confirmed yet. As for the cause of the technical failure, there is no official announcement of the savings banks. A customer writes on allestörung.de, a Sparkassen employee has confirmed that there has been a hacker attack on Helaba.