Menu
Home > news > Encounters in Life and Football: The Day When Death Came 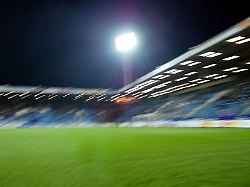 A column by Ben Redelings

On December 10, 2017, the football world listened to. Peter Stöger was introduced as the new coach of BVB – only eight days after he was released at 1 FC Cologne. But our columnist can remember that very day for another reason!
I remember exactly where I was when Peter Stöger became the new coach of Borussia Dortmund – and I wish there had never been this day. It's weird that you can remember some things for a lifetime and others, often much nicer, not at all. The fact that I still know what I did when Peter Stöger was presented as the new coach of BVB just eight days after his release at 1. FC Cologne has nothing to do with the fact of this thoroughly curious story. Watzke, Stoeger, Zorc. (Photo: imago / Christoph Reichwein) I can only remember so well because my brother and I were called by our mother to my father on the morning of this December 10, 2017. He was not feeling well, she had said softly on the phone. At that time, we did not know that this was the last time we had to sit for the fourth time for a brief moment around the living room table where we had spent so many hours together. Although I saw how bad he was, I asked my father several times on this morning whether he did not want to try it again. I was afraid of his next stay in the hospital. Today I think that I felt then that he would not return home. Shortly before my father left the apartment, it had started to snow outside. I love snow. Already as a child I stood at the window as soon as the first flakes fell from the sky and looked fascinated in the light of the street lamps, just to miss none of these small, funny dancing ice crystals. At that time I had the habit of absorbing every weather report and using the information gathered to calculate the likelihood of snowfall for the next few days. Today I know: my excitement was annoying. If the whole theater became too much for my parents again, my father liked to draw me up with a few pointed remarks – and yet, or perhaps because of that, snow was also our common thing. Everything looks like in the movie. As we are in the morning this 10. December in dense snowfall left the apartment, everything seemed like a movie. I stood next to me, watching as we walked cautiously to the car, clearing the windows of wet mud, and driving up to the hospital minutes later. In slow motion, I can let each of our steps, all our gestures and thoughts go back and forth. And that's why I still remember exactly how, after endlessly long minutes of waiting outside the emergency room door, I hoped for a moment. As we sat outside in the waiting room on the cold chairs and my father said he was feeling a little better again, I said with a sad smile: "Well, then we can go again!". Inwardly, nothing more than hoped that he would get up and walk up the stairs to the exit. He did not do it. He instead looked empty-eyed at the emergency room door. The current book … … of our columnist Ben Redeling: "Best of Bundesliga: The funniest legends of German football" order at Amazon. Live is Redelings throughout Germany with his programs on the road: Information and tickets to the tour An hour later, my father lay next to me on a lounger. My mother and brother had gone home to get the most necessary things. Again and again my father choked. By now he had been hiccuped by it. I wanted to distract him from his nausea and started talking about the football stories of the weekend. As long as I can remember, we talked about football. For a lifetime. And so I asked him if he had seen yesterday how VfL had won in Regensburg. He closed his eyes and hesitantly shook his head. I talked about this and that and then I told him about Stöger's business. He listened. But only briefly. Then, leaning slightly forward, he cleared his throat and asked softly, "Is that still our football?" It was the moment when I realized that our common theme was over for my dad. Finally. On the day when Peter Stöger became coach at Borussia Dortmund, my father came to the hospital one last time. He died a month later. On the evening of his funeral I went to the stadium. It rained and our VfL Bochum lost. Against the MSV Duisburg. I will never forget that either.