Menu
Home > news > Italians are Neese: Balsamic "Made in Germany" is OK 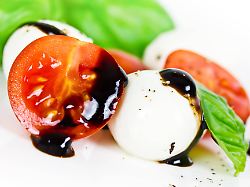 Whether or not balsamic vinegar is genuine, if it comes from Modena in Italy or even beyond that may be called such, has to decide the highest EU court. The verdict should open the southern Europeans sour.
It was again quarreled, in Europe. And indeed about whether a vinegar manufacturer from southern Germany may sell its products as a "German balsamic vinegar". Because that bothered the Italians. Finally, the name "Aceto Balsamico di Modena" is protected as a geographical indication for balsamic vinegar of the Italian Modena. Consequently, an Italian producer consortium from this region demanded that Germans be prohibited from selling their product using the term "balsamic vinegar". The dispute was initially in front of the Federal Court (BGH) in Karlsruhe, but the European Court of Justice (ECJ) to interpret the EU law. And the EU judges also came to a verdict. Thus, the protected name "Aceto Balsamico di Modena" does not extend to the single terms "Aceto" and "Balsamico" as well as to combinations and translations of the terms. In particular, the Italian word for vinegar "Aceto" is a common term, the adjective balsamico is usually used for a vinegar that has a sweet and sour taste, the judges ruled. A lot of prestige and money According to that, Balema from Kehl in Baden-Württemberg may continue to sell its vinegar-based products under the name "balsamic vinegar" and "German balsamic vinegar" (Case C-432/18). At least until the BGH decides otherwise, because it is now responsible for a final decision (ref. C-432/18). Basically, protected food denominations should protect regional specialties in Europe from illegal appropriation and imitation. After all, it's about prestige and money. Italy alone has several hundred protected products – most in the European Union. Such protected products include, for example, Chianti wine and Parma ham.