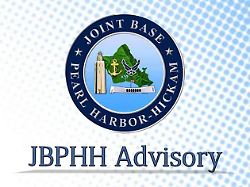 In the US military base Pearl Harbor Hickam in Hawaii, a stranger shot at himself. He injured at least three people. The health of two victims is critical, reported local media. The shooter himself was dead, it was said at the station Hawaii News Now, citing eyewitnesses. The situation was now under control, a spokesman for the base was quoted. Further details on the incident on the military site were initially not available. The base has been sealed off for now, tweeted the military.