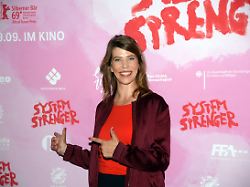 This year the Foreign Oscar will get by without a German candidate. Film Academy in Los Angeles sorts out the film "Systemsprenger" by German director Nora Fingscheidt in a first selection process.
There will be none of the coveted Oscar awards for the film "Systemsprenger" by German director Nora Fingscheidt. In the race for the so-called Overseas Oscar, the German contribution fell by the wayside during the pre-selection. According to the Los Angeles Film Academy, 10 of a total of 91 countries made it to the next round with their entries, including South Korea ("Parasite"), France ("Les Misérables"), Spain ("Suffering and Glory") and North Macedonia ( "Land of Honey"). Academy members had made the pre-selection in the competition for the trophy in the "International Feature Film" division. In the end, five candidates are chosen. Oscar nominations in all categories will be announced on January 13th. The award ceremony will take place on February 9th. The film "Systemsprenger" tells of a difficult-to-bring-up girl who is overwhelmed with the family and social security system. The entry was selected in August by German Films, the German film agency abroad, as an Oscar candidate. Most recently, Germany had sent Florian Henckel von Donnersmarck into the race with "Werk ohne Autor". The film made it onto a shortlist of nine candidates and into the final round of five films, but was left empty-handed at the gala last February.