Menu
Home > news > DFL plays through scenarios: How the Bundesliga could be ended 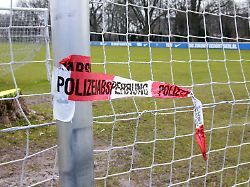 An extended forced break in the Bundesliga is inevitable, as the measures to combat the corona virus make clear. For the clubs and the DFL it is completely unclear how the season will end. There are several scenarios – from a high-speed to a termination.
After the comprehensive reduction in social contacts ordered by the federal and state governments to combat the spread of the corona virus, the Bundesliga soccer teams are starting to work out the next emergency plan. What is certain is that the date already classified as unrealistic by the DFL on the first weekend in April is no longer tenable for a continuation of the season. The Presidium of the German Football League meets on Tuesday. A week later, the 36 professional clubs from the Bundesliga and 2nd division come together for their next unscheduled general meeting to make a decision. A cancellation of all match days is expected at least until the end of April. Then, in a new assessment, the break could even be extended again until the end of May. Given the size of the pandemic, the thinking models are only about so-called ghost games without fans in the stadiums anyway. But there are several options for this. The scenarios for the continuation of the season in the Bundesliga: European Championship model: The season could be over in a short time in the mode of an European Championship tournament at fixed venues, according to the "Sportbuzzer". As part of its considerations, the DFL is reviewing several venues in all regions of the country, at which several games per day would then be scheduled. Above all, this would simplify the logistics for the teams and minimize the personnel expenditure in the stadiums.Eil model: According to the report, an end of the season with the nine remaining game days and 82 games within 16 days should also be an option. Games would take place daily during this period, the teams would have to compete every two days. This variant comes into consideration if it can only be played again in June and the season must be ended on June 30 due to the many expiring player contracts. Alternatively, a sprint season could start in May and then still be time for the DFB Cup and European Cup competitions – however, this seems to be a theoretical scenario at the moment . As reported by the English media, June 1 should be selected as the re-start date. Then the season should be held until mid-July. There would even be a summer break before the next season would start again on August 8th. In the Bundesliga, the kick-off for the new season is not even planned until August 21st. Season break: The clubs want to avoid an abrupt end of the season at all costs. This would have drastic financial consequences. And would raise further questions: Who will be the most? Who descends? Who will be promoted from the second division? Who qualifies for the European starting places? Freezing the table at the current level should not make anyone happy either. Cancellation of the season is not that easy either. But the statutes of the DFL and the DFB do not provide a solution for the current case, which is why the clubs have to agree.