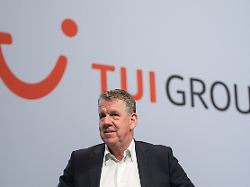 The Corona pandemic has plunged many employees and the self-employed into financial misery. The federal government now wants managers of companies that receive state aid to make their contribution. There is already a precedent.
According to the will of the federal government, board members of companies receiving government aid for the Corona crisis should forego part of their salary. "It is important to me that board members and executives also make a contribution in emergency situations, especially when it comes to bonus payments," said Federal Minister for Economic Affairs Peter Altmaier of the "Frankfurter Allgemeine Sonntagszeitung". The specific design will be discussed in individual cases. The CDU politician referred to a first precedent. "We have just taken out a loan for a large travel company and did the same." This is the travel group TUI, as the company announced on Friday. TUI boss Friedrich Joussen and his fellow board members have to accept financial losses, and the tour operator receives 1.8 billion euros from the state development bank KfW. The federal government had followed a similar approach in the 2008 financial crisis. At that time, the Soffin rescue fund had capped manager salaries at banks that used state aid at 500,000 euros a year.