Menu
Home > news > No outlook for this year: NordLB is in the red in the conversion 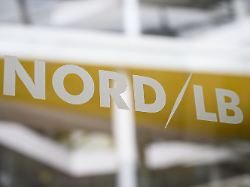 The corona crisis is out of time for the badly battered NordLB, because the financial institution is currently undergoing restructuring. Nevertheless, CEO Bürkle is optimistic, because of the billions of owners. However, customers are reluctant to invest.
With the capital injection by the owners and a better rating, NordLB wants to get through the corona crisis and also stay on course. CEO Thomas Bürkle spoke of a "tailwind" with regard to the latest rescue package of 3.6 billion euros for the Landesbank. According to him, NordLB got off to a good start in the new year. Because of the still unpredictable consequences of the corona virus, Bürkle does not venture a concrete outlook for 2020: "That would not be serious." NordLB customers are currently asking for more liquidity and are reluctant to invest. There are still no bankruptcies or risk provisions on the customer side. "This will bring burdens," stressed Bürkle. NordLB is currently not afraid of any headwind from the aviation that has been badly affected by the Corona crisis. The 4.5 billion euro portfolio of aircraft finance is well shielded, said risk director Christoph Dieng. A risk provision cannot be ruled out, however, as expected, costs for the restructuring of the group of 459 million euros broke in in 2019. The result was minus 69 million euros. "We got through the 2019 financial year significantly better than expected a year ago," said Bürkle. The operating profit before restructuring, remodeling and taxes was 429 million euros. In 2018 there was still a record loss of EUR 2.4 billion due to the shipping crisis. "Potential for a profitable bank" NordLB had to be saved due to the high losses from bad ship loans. The bank is now expected to shrink and its total assets will drop from just under 140 billion euros by 2024 to around 95 billion euros. In addition, the number of jobs is to be halved to around 2,800 by then. The Landesbank wants to almost completely reduce its portfolio with ship loans of 4.6 billion euros by the end of 2021. At the end of 2019, the portfolio of bad loans was around 2.5 billion euros. For comparison: At the end of 2016, this stock of ship finance amounted to a good nine billion euros. Lower Saxony's finance minister and NordLB supervisory board chief Reinhold Hilbers sees the figures as confirming "that NordLB has the potential for a profitable bank". Bürkle expects a fundamental decision in 2021 as to whether the subsidiary Deutsche Hypothekenbank will be integrated more closely into the Landesbank or not. This would have to be decided by the NordLB owners. "But I don't see a scenario in which Deutsche Hypo is sold or put on the market." Hilbers emphasized in November: "I would like to keep Deutsche Hypo as it is."