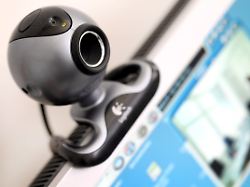 In Baden-Württemberg, a 14-year-old persuades two girls to send him child pornographic pictures and videos – and sells them for virtual currency on the Internet. 41 other men are probably involved in the resulting porn ring. Now the teenager is convicted.
The police in Baden-Württemberg managed to strike a child's porn ring. The investigation into sexual abuse, the spread of child pornography and fraud is directed against a 14-year-old alleged main perpetrator and 41 other suspects, as reported by the police in Freiburg. According to the officials, the young person sold child pornography online. In this context, he is said to have persuaded two childhood girls to send him self-made child pornographic pictures and videos. In the course of the investigation, a total of 31 men between the ages of 16 and 58 years of age were identified who bought these pictures and footage from the boy. In order to convert the virtual money into real money, he sold vouchers to other young people who knew about the business of the main suspect and some of whom sold child pornography themselves. He had to pay an additional fee and pay pain and suffering. Educational measures were taken against nine other young people. The investigation against the other suspects is still ongoing.