Menu
Home > news > Voucher instead of money: Who really helps? 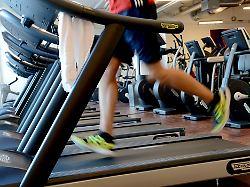 As if the whole cancellation was not bad enough: If concert organizers and gyms went bankrupt because of the Corona crisis, customers could look into the tube. The federal government has a solution that should help both sides. But does she do it?
Theater subscriptions, gym contracts and the soccer season ticket – all of this is currently unused due to the corona pandemic. Many citizens would like to have the money back now, perhaps also because they are not well cashed up themselves. But first of all there should only be vouchers, says the federal government. Because many companies are also struggling for their existence and need the contributions to pay their employees. The federal government is also planning such a voucher solution for package tours and booked flights – but it cannot decide alone here. What exactly did the cabinet decide on Wednesday? First of all, the federal government formulated a solution for canceled cultural and sporting events. Vouchers should not only be given if you had a ticket for a concert or a football game, but also for language and sports courses, for gym contracts and opera subscriptions. The same applies to season tickets for swimming pools, amusement parks or museums – and to season tickets for the Bundesliga or handball games. The only requirement: you have to have bought the tickets before March 8th. How can I redeem the voucher? Of course, this only works when public life is on again, the gyms and swimming pools open again and there are soccer games and concerts with spectators again. But then you don't have to accept the first offer or attend the catch-up event of the actual appointment. The vouchers are to be valid until the end of 2021 and can thus also be redeemed for football matches against other teams or concerts by other artists with the same organizer. The federal government also wants to encourage the organizers to give generous discounts if someone uses their voucher, and if I don't want to redeem the voucher, then you can just wait and see – in early 2022, the organizers should pay out the full value of unused vouchers. "This means that nothing is lost to consumers," Justice Minister Christine Lambrecht emphasized on Wednesday. What about citizens who urgently need money now? There is a hardship case regulation for this: If a customer can credibly assure that he will otherwise no longer be able to pay his rent or urgent purchases, he should get the money back now. Why are the vouchers important? The German government argues that they are good for consumers and organizers at the same time. Because of the corona pandemic, almost all public events have been canceled, so there is no money for concert organizers, football clubs and amusement parks. If they now had to reimburse all the tickets they had previously bought, many would face bankruptcy. "As a result, an entire industry with many thousands of jobs is in need of existence and threatens to suffer irreparable damage," said Lambrecht. "The diversity of cultural and leisure activities in our country is seriously threatened." At the same time, many consumers would be left empty-handed in the event of a bankruptcy wave. After all, the solution provided by the federal government would give them a voucher. Consumer advocates think the situation is not that simple. The risk is still passed on to consumers because the vouchers are not secured. "If a provider goes bankrupt, consumers will probably be left at the expense," said the Federation of German Consumer Organizations. There is also a risk of price increases: Tickets for catch-up concerts could become more expensive because the rent for the event location is higher. It is unacceptable that consumers have to bear the difference themselves. The association emphasizes that vouchers should only be voluntary. What is the next step? On Wednesday, the cabinet formally proposed only one wording for a draft law to the Union and SPD coalition groups. The parliamentary groups are supposed to bring the law into the Bundestag themselves because it can then be adopted more quickly. The next Bundestag session is at the end of April. And what about package tours and flights? For many consumers, a quick settlement would be even more important here, since it involves much higher sums. But the matter is much more complicated, because EU law applies to flight tickets and package tours. The EU Commission would therefore have to agree to a voucher solution. Justice Minister Lambrecht, Economics Minister Peter Altmaier (CDU) and Finance Minister Olaf Scholz (SPD) have therefore already written to EU Justice Commissioner Didier Reynders. Several other countries also want to contact the Commission – whether and when it agrees is open.